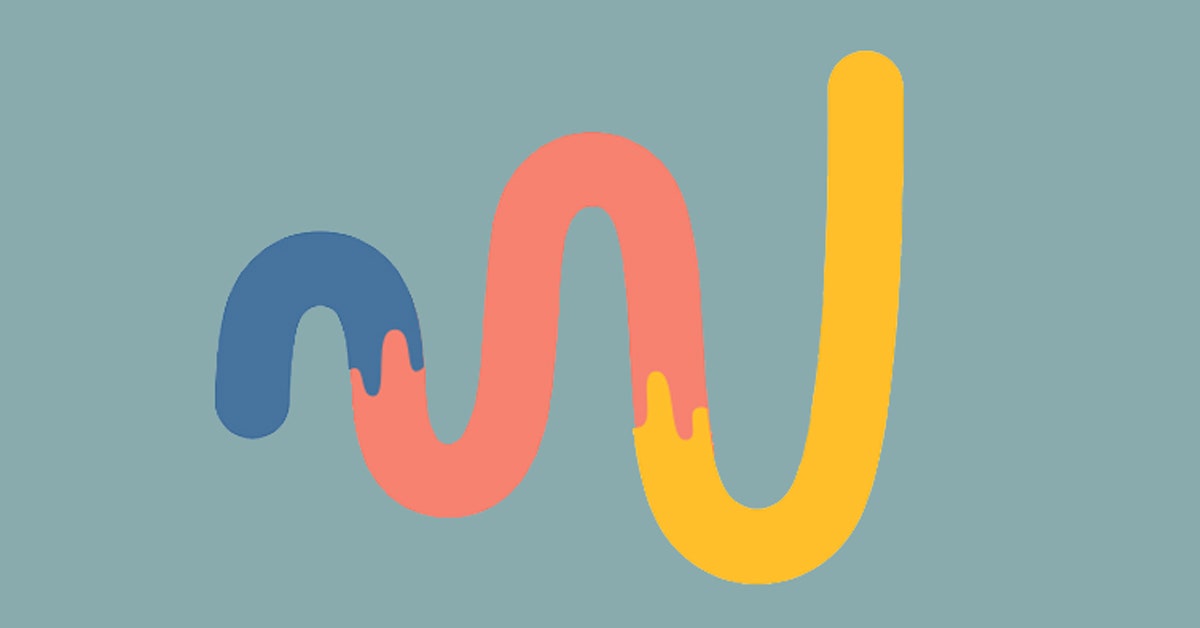 Back in 2012, a Seattle-based startup named FiftyThree launched a drawing app designed for iPad, with a name that sounded like it was designed specifically for an Apple crowd: Paper. Despite its simplicity and also because of it, Apple crowned the iPad App of the Year. Tech writers described it as “the next great iPad app”, “a superbly designed sketching app,” and “a fresh canvas ready and waiting for your ideas, inspiration, and art.” FiftyThree later expanded to include an iPhone app, an optional subscription called Paper Pro, and Paste, a collaboration app.

FiftyThree also managed to do what few app startups have done: make and sell hardware. Its $60, soft-nibbed, walnut stylus, called Pencil, presaged Apple’s eventual entry into the world of stylii.

Today FiftyThree announced its apps and team have been acquired by WeTransfer, a cloud-based file transfer company with headquarters in Amsterdam and Los Angeles. Terms of the deal weren’t disclosed, but WeTransfer said it had acquired the company’s entire patent portfolio and all assets for its apps. FiftyThree’s executive team and product teams will stay on board for now. As for the future of FiftyThree’s suite of apps, including Paper, which has 25 million users, the company says the apps will live on with “increased investment and support.”

WIRED spoke to FiftyThree cofounder and CEO Georg Petschnigg about why he sold FiftyThree, the biggest changes he’s observed in the app economy over the past several years, and why he and his team ignored the words of Steve Jobs and made a stylus anyway. The interview has been condensed for length.

WIRED: Talk about why you sold FiftyThree. How long have you been in acquisition talks for?

Georg Petschnigg: We’d been in each other’s orbits for a long time, because Troy Carter and Suzy Ryoo are shared investors and advisors. But then the conversations started in earnest a few months after we launched Paste, our team collaboration product [in November 2017].

I went on a very, very long walk with Gordon [Willoughby], their CEO, in New York. We walked from first the East Side to West Side, and then the West Side all the way over DUMBO. We crossed Manhattan several times. Then a few days later, I met with cofounding shareholder Damian [Bradfield] in London. And it was very clear that this was meant to happen.

They have this unique business model where they’re able to offer a free, ad-supported version and a subscription version, and what’s unique about their free version is they do this by respecting people’s privacy and their data. And at the same time we were looking at expanding our Paste app on the desktop, and that’s where WeTransfer has a very strong business and a much more active user base.

WIRED: Had you been talking to any other companies about acquisition?

GP: Over the last seven years? Oh, jeez. (Laughs.) There have been various talks in different forms and different phases. But the thing that has always given us the most joy is figuring out how to put technology in service for creativity, and it turns out there are a lot of people who say they provide those services, and a lot of people who truly believe in it and do it every day. We felt that was the case here.

WIRED: Let’s go back to the beginning when you first started FiftyThree. What was your goal then, and how did that reflect what apps and the App Store were like at that point in time time?

GP: When you look at the founding team at FiftyThree, we came from two very different parts of Microsoft. One hand was working on productivity tools—Word, Powerpoint, Excel—essentially making people more efficient, squeezing more performance out of the brain. And the other hand you had folks from Xbox and a lot of entertainment products, ensuring that people went back to their leisure time. And somehow, you’re sort of wasting people’s time on one hand, and on the other hand you’re making them a better, faster cog in the machine. Something about the human experience was lost between those two.

And then when iPad launched, it wasn’t clear what iPad was going to be for. Maybe it was going to be the next-generation magazine, with publishers creating new magazine formats. Maybe it was going to be the next big video service. People really didn’t know. When we looked at it, we clearly saw the iPad for creativity. That lead to the Paper app, where you could take the ideas in your head and quickly translate them via your fingertips into ink strokes. It really changed people’s perception of the iPad, but for us, it also put FiftyThree on the map.

The next step for us then, which really started in 2012, was to think through the stylus as a tool. That ended up leading to the development of Pencil.

WIRED: What strikes me is that it sounds like you’re saying that transition to hardware was a pretty natural thing. But at the same time hardware is really hard, especially in the startup world if you don’t have the supply chain or product management expertise. So what was it that made you say, let’s make hardware?

GP: Yes, hardware is hard but when you look at our founding hardware team…I mean John Ikeda was part of the development team that created the original Xbox 360 controller; our head of engineering led engineering at Sonos; our product manager who was running the program ran the supply chain for Sonos as well. So in a way, yes, hardware is hard and I absolutely wouldn’t do that if you didn’t have a great network and team. But in our case, many people at FiftyThree had reached levels in their careers where they were comfortable with it. So it wasn’t, ‘Can we build the product?’ but instead, ‘Are we building the right product?’

WIRED: How many Pencils did you sell? Was it profitable for FiftyThree?

GP: Oh yeah. This was also the very unusual part: It was a profitable hardware program. I don’t think we ever disclosed how many we sold.

WIRED: So what’s interesting is that your app Paper was, from the beginning, considered to be an Apple darling. And then Apple came out with something called…Pencil. What was that moment like for you and your team?

GP: That was…We…(long pause)…Look, when we were out starting FiftyThree in 2011, I can’t tell you the number of people who told us that proverbial Steve Jobs story about styluses. People would just tell me over and over again, ‘A stylus is bad; don’t do it.’

What our team really believed is that we had to develop new technology that allowed us to move creativity forward on devices. Today, when you look at the stylus landscape, it’s clear what a deep impact Pencil—in particular the design of Pencil—had. Stylii today are buttonless, they have a fine tip to write, they have a side to shade, they emphasize expressiveness and creation. The design language of that was created through Pencil. [Writer’s note: FiftyThree discontinued its hardware business at the end of 2016.]

WIRED: Your software also evolved along with the App Store. At first your app was free; that was maybe part of the assumption then, during App 1.0, that things would be free. And then you started offering something more advanced as a subscription, which seems like it was hitting this curve of app makers trying to monetize what they were doing and not in spammy, gross ways. So talk a little bit about that evolution of software.

GP: When we first launched Paper with in-app purchases, that was phenomenal. As someone coming from the world of shrink-wrapped software sales, very large software sales, the idea that you could sell an in-app purchase or productivity tool and only sell as much software as people needed was hugely appealing. That worked very well initially. The only challenge is that you quickly realize that the first version of your software is the cheapest to develop. Software, especially that’s used by millions of people, the support and ongoing maintenance is way more expensive than the initial development.

What muddled the picture over the years, though, is actually the introduction of free software that is financed by the sale of data. And it wasn’t until Cambridge Analytica that I would say consumers really started becoming more aware of what is happening when you use free software. Like, something is truly being sold. You are being targeted. And that’s happening because people are selling interpretations or analyses on top of your data. And it’s not just Facebook. But that did lead to somewhat of a warped price perspective on how much software ought to cost.

So when Apple started that shift to software subscriptions, it was a really important and very big shift. But the consumer understanding of, ‘How many subscriptions should I have?’, or ‘Why should I buy a subscription?’ and ‘How does that work?’ I think that will take a few more years for it to really take hold.

WIRED: Would you say that subscriptions have been successful for you?

GP: Yes, they have been.

WIRED: So one of the things I’m hearing you say is Paper is a profitable program, Pencil was profitable for you…is FiftyThree profitable at this point in time?

GP: Well, FiftyThree as a company no longer exists, but, WeTransfer is a profitable company. FiftyThree was not profitable at the time of the acquisition.^superscript text^

GP: In our case it’s because we wanted to be part of a larger offering, and from a brand and culture perspective, and a business perspective, it was a great fit.

WIRED: What would you say has been the biggest change you’ve seen in the app economy over the past seven years?

GP: There have been so many things. One thing is, iPad Pro and the introduction of Apple Pencil has transformed that computing experience.

There’s also that channel fatigue and people not wanting to install new apps, and I think people are having a much more mature and healthy relationship, or at least, the beginnings of a much more healthy relationship with technology where we’re all realizing how much it can distract you. I don’t think it’s surprising that the most successful applications right now are meditation applications.

Also, our relationship with data is changing. The business economics around subscription models are still forming.

Another thing that’s changed is that people have become such great photographers. To me that’s kind of incredible. Where we are today, looking at the visual fluency people have, and how they’ve gotten there through technology, that’s been an incredible shift. So yeah, seven years of working through and around the App Store, it’s been quite the journey.

WIRED: So the first thing you mentioned just now is iPad Pro and the introduction of Pencil. I’m just so curious as to how your team reacted to that. Did Apple call and say, ‘Hey, we’re making a Pencil!’ I mean really, what’s the story behind that?

GP: What I can tell you right now is that it had a material effect on our business. But not a materially positive effect, let’s put it that way.