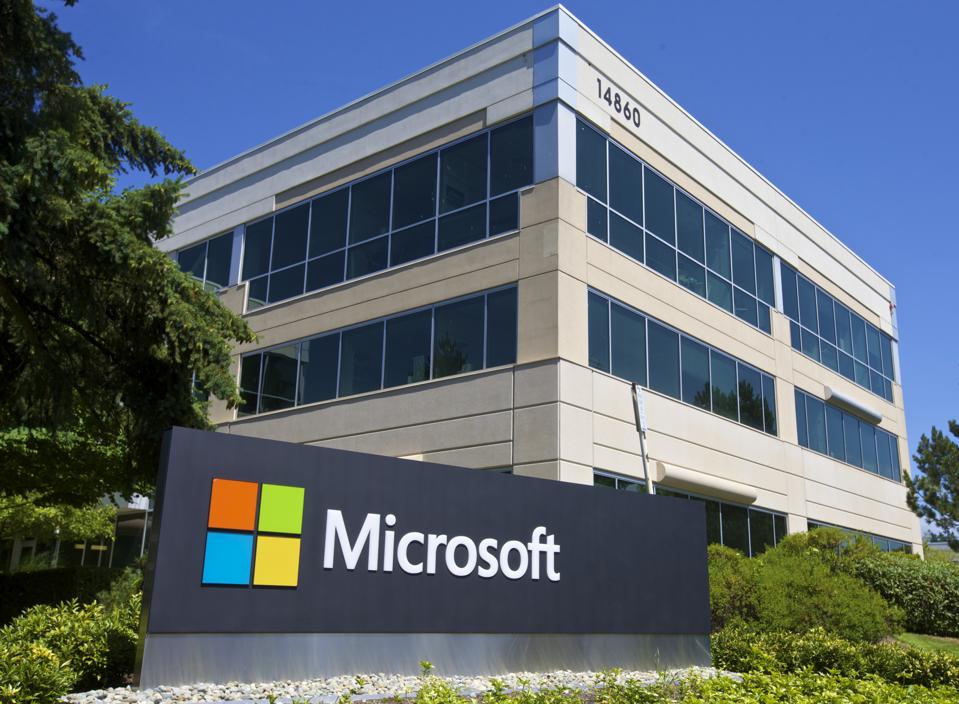 Over the next few weeks, the biggest companies in the tech sector are slated to report earnings. One of the first ones up is Microsoft, which is scheduled to release results after market close on Thursday, July 19.

The stock has steadily climbed higher over the past several months and is up about 22% year to date, slightly below its recent all-time high of $106.50 on July 17.

Expectations are on the high end for tomorrow’s report, evidenced by the run-up in the stock and a number of analysts upping their price targets over the past few months.

For the quarter, Microsoft is expected to report adjusted EPS of $1.07 on revenue of $29.2 billion, according to third-party consensus analyst estimates. In the prior-year quarter, the company earned $0.98 on revenue of $24.7 billion. Microsoft has beat earnings estimates in each of the past 8 quarters.

As has been the case for some time, the company’s cloud products and services are the primary focus among analysts since they’ve been delivering Microsoft’s fastest growth. When Microsoft last reported, revenue in Office 365 Commercial was up 42% year over year, Dynamics 365 was up 65% and Azure was up 93%.

Microsoft also just announced it would acquire software development GitHub for $7.5 billion, with the deal expected to close later this year. On tomorrow’s earnings call, management might provide some commentary about how they envision GitHub folding into the rest of their cloud businesses.

Positive PC trends are a factor that some analysts think could have helped boost sales across a variety of Microsoft products and services this quarter. Research firm IDC estimates that traditional PC shipments totaled 62.3 million units in the second quarter, up 2.7% year over year and the fastest growth since 2012.

One thing that analysts have said they are expecting to weigh on this quarter’s results is a stronger U.S. dollar during the second quarter compared to the first. Several multinational tech companies have warned in the last few weeks that this will negatively impact their Q2 results, after it helped provide a boost in Q1.

MICROSOFT IN 2018. Heading into its earnings report, Microsoft is trading pretty close to its all-time high of $106.50 it hit intraday on July 17. So far this year, the stock is up 22.17%, outperforming both the S&P 500’s 4.36% return and the Nasdaq 100’s 13.53% increase. Chart source: thinkorswim® by TD Ameritrade. Not a recommendation. For illustrative purposes only. Past performance does not guarantee future results.thinkorswim

Around the upcoming earning release, options traders have priced in about a 3.2% stock move in either direction, according to the Market Maker Move indicator on the thinkorswim® platform. Implied volatility was at the 55th percentile as of this morning.

Looking at next month’s August 17 expiration, volume has been much higher on the call side and mostly at the 105 and 110 strikes. There hasn’t been much trading on the put side that stands out, with a smattering of activity spread out between the 95 and 105 strikes.

So far today, call volume has been outpacing puts by more than 4 to 1. At noon, there were about 92,000 calls traded versus 22,000 puts overall during Wednesday’s session.

Next up in Earnings

General Electric wraps up the week and reports before market open on Friday, July 20.

TD Ameritrade® commentary for educational purposes only. Member SIPC. Options involve risks and are not suitable for all investors. Please read Characteristics and Risks of Standardized Options.